Safety is an important concern

I am a consumer and I would like to know more about transportation alternatives. I am interested in trying to start biking but I haven’t. I don’t really understand the investments my city seems to making in bicycling. They keep building lanes where nobody seems to be using them.

In the largest U.S. cities there has been increased demand for bicycle and pedestrian amenities and public transit.

Throughout the country, cities have invested in building bike lanes and other infrastructure that makes cycling more attractive, safer and less stressful to riders and drivers alike.

Bicycling is booming. From 1990 to 2012, the percentage of people who bike to work more than tripled in New York, Chicago, Washington, San Francisco, Portland, Denver, and Minneapolis[1]. In many smaller and mid-sized cities bicycling is also on the rise.

Real estate developers now understand the importance of transit-orientated development because they have seen the demand from their customers. Cities are adding hundreds of miles of bike lanes and adding infrastructure for pedestrians like sidewalks, curb extensions and medians to make walking safer.

There is increased awareness of the role our commutes play in our health and city officials are beginning to understand the importance of active transportation. With this demand, there has also been an increased focus on community based planning and new awareness of the importance of community involvement in planning bicycle and pedestrian facilities.

When I started as an advocate, I learned just how many of the safety improvements proposed by the New York City Department of Transportation are modified, scaled back or even altogether rejected when reviewed by State and City elected officials and local Community Boards.

The need to build more bicycling infrastructure is compounded by the overall population shift back to cities. Recent studies have shown that more than half of the country’s 51 largest metropolitan areas saw greater growth within city limits than in their suburbs.

Studies have shown that primarily two groups drive this urban growth: young professionals and Baby Boomers, who are moving back into cities to retire or choosing to age in place. The largest generation in American history, the millennial generation, is entering adulthood and choosing to live in dense urban areas.

The millennial generation wants to live in walkable and bikeable communities[2]. We know this, because overall, car ownership is on the decline, as less than 70 percent of 19-year-olds now have a drivers license, down from 87 percent two decades ago. Urban cores are being cleaned up, public spaces are seeing reinvestment of public funds and once vacant or underutilized land is being converted to dynamic multi-use developments at the encouragement of mayors across the country.

The pace at which this change is happening is dizzying. The good news is, bicyclists, pedestrians and drivers also adapt to new land uses at a dizzying pace.

Proper community engagement by government agencies to react to these changes is resource intensive and time-consuming. And also involves proper interagency coordination. But in order to offer the right transportation options that fit individual communities a high level of neighborhood-by-neighborhood engagement is necessary. Even within the same city, what is right for downtown Nashville may not be right for Madison.

Considering the shifting demographics, the demand for bicycling infrastructure and all of the environmental and health benefits of bicycling, building more bike lanes might seem like a no-brainer.

And to many city and transportation planners across the country it is but unfortunately, what works on paper and in design, doesn’t always work when it hits the streets.

Policies that promote mobility for one mode over another or for one group of people over another or for one neighborhood over another can be considered unfair. As a transportation advocate in New York City I was confronted with questions about equity and fairness on a daily basis. There are no simple answers. But the questions should be confronted and discussed in an open forum that encourages dialogue. To truly make a city safe for bicycling, cities have to do more than build bike lanes, they have to build infrastructure that encourages safe driving and devote the proper resources to enforcing traffic laws.

As the manager of a campaign that resulted in the passage of speed camera authorizing legislation I dealt with intense opposition from members of the public.

From 2010 to 2013 I visited over 40 of New York City’s 59 Community Boards. I went from board to board with a presentation about the bill pending in the New York State legislature and I asked each board to issue a resolution in support of the bill. These resolutions were immensely helpful to my effort to have demonstrable support to share with the legislators. Community Boards are New York City’s local form of government charged with land use planning. The borough presidents and the local city council members appoint the board members. All of the board meetings are public.

The meeting structure varies greatly from board to board and there is a lot of leeway for the board leadership to set the rules as they see fit. Some board’s meetings are sparsely attended, while other boards draw a full house for every committee meeting. In other words, as an advocate traveling from board to board to give a presentation you often have no idea what you are walking into and it is difficult to prepare.

I confirmed quickly that nobody likes to get a speeding ticket and many people are distrustful of cameras. Although there is practically a camera on every street corner in New York City, people are very weary of authorizing any additional cameras.

I also soon discovered that many people are well aware of the failings of municipalities around the country to properly structure the contract with the private vendors that often run camera enforcement systems to ensure that the control over issuance of tickets remains with the municipalities. Camera programs have been well covered by national media and when I made my presentations across the city, many nights, it seemed, inordinate amounts of people were experts on the subject.

I was there to talk about the dangers of speeding and the impressive results this technology had on deterring speeding and preventing crashes. For many of the presentations I barely got through the first sentences before hands would shoot up with objections.

In some cases, board chairs allowed comments in the middle of my presentation and allowed members of the public or their fellow board members to interrupt my presentation to share their comment, question or concern. My employer at the time, Transportation Alternatives, is most closely associated with bicycle advocacy, so in many cases comments from the public involved recent bike projects and had little to do with the topic at hand. I often faced a barrage of questions about bicycles.

I learned how to take a pause before speaking and focus on the core of where someone is coming from and the heart of what someone is saying. I began to understand how someone’s truth might be different from reality but still very valid and worthy of discussion. I learned how to come back to the facts but to acknowledge individuals’ experiences.

In some cases there was too much opposition and too many questions for the board to issue a resolution in support. In other cases, I was able to resolve the issues raised to the point where the board felt comfortable moving forward with a resolution. All told I collected over 25 resolutions in support and eventually won the support of every board in Manhattan.

Eventually we earned over 30 co-sponsors on the bill in the Assembly and in the very last hours of the legislative session in 2013 the bill passed the Senate. Speed cameras are now in effect in New York City but it was a long and hard-fought victory that took the involvement of hundreds of people who cared enough to speak up and speak out.

As a citizen in your community, as a neighbor in your neighborhood, your voice can help influence land use decision-making.

Policies vary from city to city but every city has a process for engaging the public in the transportation planning process. Here is middle Tennessee we currently have three major planning efforts underway. The Tennessee Department of Transportation (TDOT) is working on its 25-Year Long Range Transportation Plan, the Nashville Metropolitan Transportation Authority is working on a strategic plan nMotion 2015 and the Nashville Area Metropolitan Planning Organization is beginning the process to update its Regional Transportation Plan. Nashville is also close to wrapping up a 3-year community planning process, NashvilleNext, focused on how the city should grow to accommodate the coming shifts in population. Each of these processes is looking for people like you to get involved.

Find out what’s happening in your community and lend your voice. Decisions will be made whether or not you participate and alternative transportation projects are often fraught with conflict. If you want a bike lane in your neighborhood, get connected to your local elected officials, find out what meetings are coming up and get involved! 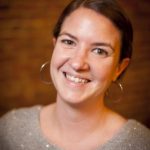 As Chief Operating Officer of Transportation Alternatives (T.A.) Lindsey managed IT, operations and human resources for 40+ staff of this New York City based bicycling, walking and public transit advocacy organization. Prior to being COO, Lindsey spent two years at T.A. leading people-powered campaigns to transform streets and change transportation policy. In 2013, Lindsey’s 3 yearlong campaign resulted in the passage of speed camera authorizing legislation in New York. In 2011 Lindsey co-authored Vision Zero: How Safer Streets in New York City Can Save More Than 100 Lives a Year and launched Crashstat.org, an interactive map of traffic injuries and deaths. Before joining T.A. Lindsey worked at the American Institutes for Research, the Center for an Urban Future, NYC & Company, and served as Chief of Staff of the New York City Department of Environmental Protection and Treasurer of the New York City Water Board. A Brooklyn native, Lindsey moved to Nashville in September 2014 and hopes to have a positive impact in her new home.

Ready to find out more? Join the Newsletter and get alerted on news